Search
From the Blog

Welcome to Brooklyn Cooperative’s blog!  We decided to start a blog as a way to introduce ourselves. Credit unions aren’t as familiar to most people as banks, though our services are likely better suited to their needs. Hopefully, through this blog, we will show that.

Even in ordinary times, I am a pretty linear person — I have to start at point A and reach point B before heading to C.  That’s why I’m resorting to a timeline to describe the overwhelming rush of events and emotion that overtook us 9 weeks ago.

Week One, starting Tues March 10.  A couple of staff members had been paying close attention to the looming COVID 19 threat, but most hadn’t. Tax season was in full swing, after all. But the tone of news reports had been increasingly one of panic, and beyond. A national emergency was declared on Thursday, March 12, a busy and entirely regular workday. We had a series of emergency staff meeting, counted up the number of laptops available for remote use, but kept working.

As it turns out, Saturday Mar 14 was our last pre-lockdown operating day. By Sunday morning, I told all Grow Brooklyn employees to remain at home indefinitely. Brooklyn Coop, however, is an essential business and we opened as usual Monday morning.

Week Two, starting Tuesday March 17.  Nothing felt usual. Anxiety rose among members and staff in waves, yet the tide of unease never really went out.  Each of us felt unsteady. Other businesses were closing and travelling on public transit began to feel perilous. Tax clients were keeping their appointments, but our host partners were nervous. They began to close their offices too.

Under extraordinary pressure, staff members felt unwell and could not make it in. Also by now schools were closed and BCoop staff who were parents were scrambling. Cathie and I decided we would offer unlimited days off for any staff through March 31. Of a full-time staff of 14, five elected to stay home for some of those days. 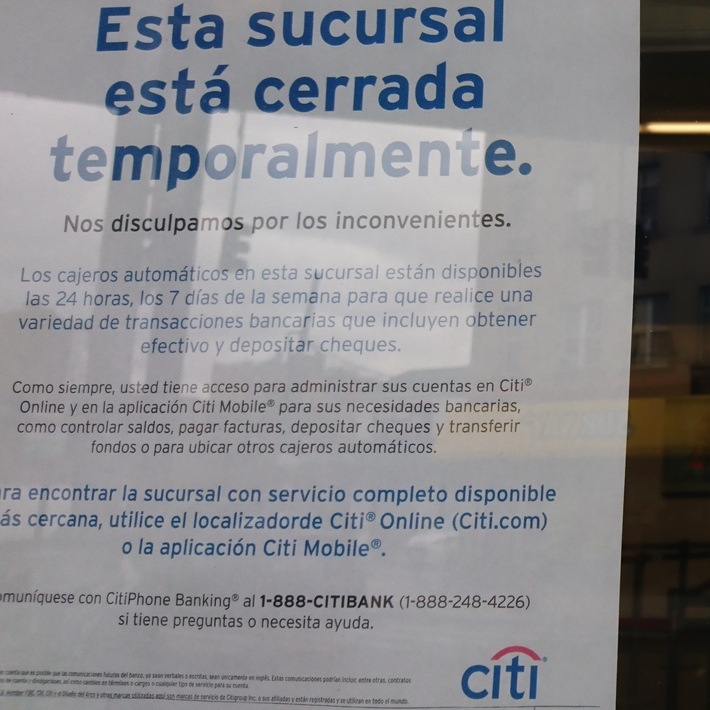 Above and below: local bank branches in Bushwick closed their doors during the COVID 19-related lockdown. Brooklyn Coop, however, remained open. (photos taken on Mar 31 2020) 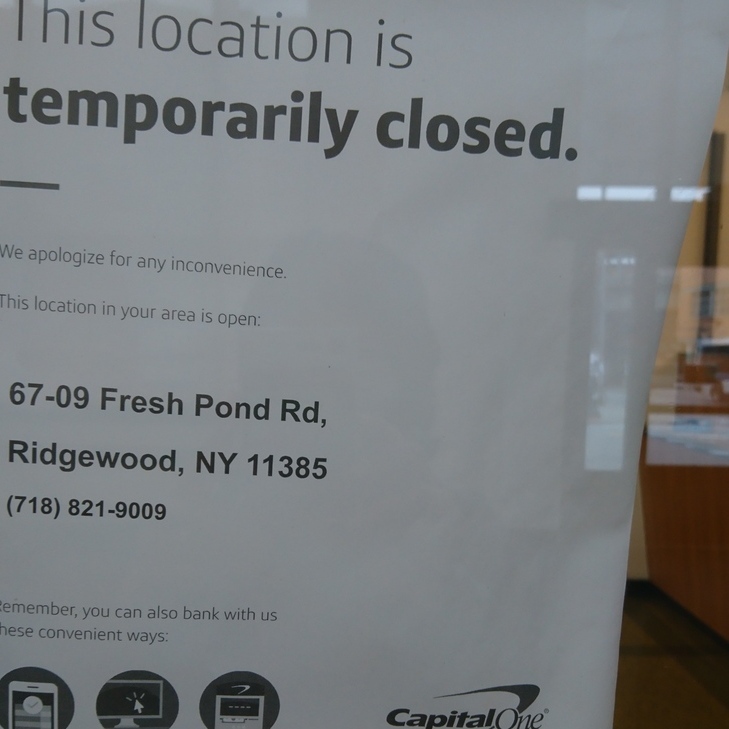 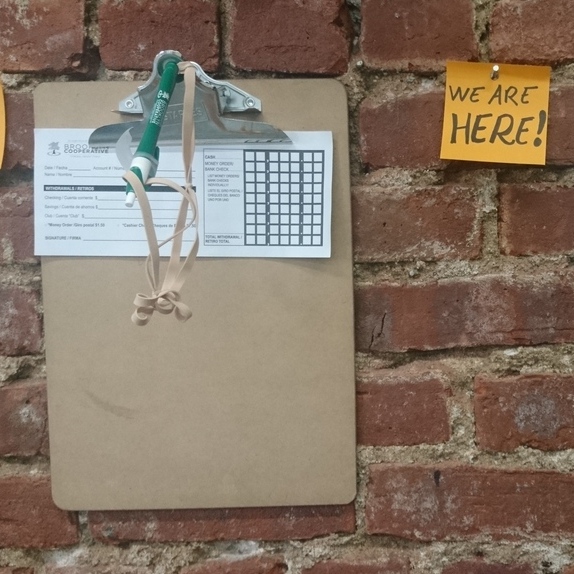 Manny at the Myrtle branch put up these post-its as inspiration.  They worked!  We reconfigured the lobbies on the fly, trying to balance between serving members and keeping us all safe.  Becky, Cathie, and I spoke several times a day, checking in as news reports shifted, as staff members needed to go home early, as we ourselves felt our knees buckling.  The teller line with social distancing now snaked through the ATM lobby and onto the sidewalk on Myrtle Avenue. Tense members jostled in queue; two ladies barked at a senior citizen that Hector allowed to come in and wait in the lobby.

Thursday March 19, was a regularly scheduled BCoop Board meeting.  Again, nothing felt regular. Board members were deeply worried. Rolando, Margot, Rita, Luis and Mark offered support and asked a lot of questions:  how was the staff, how were members reacting, what about our loan portfolio, is BCoop going to move ahead with its plan to purchase a new building????  I didn’t have a lot of answers.

Becky, Cathie and I spoke again that evening. The member traffic at the branches was scaring staff. We would have to make changes or we would lose the rest of them. Becky was adamant – hours had to reduced as soon as possible. The next day we closed the Dekalb branch and sought to consolidate the remaining staff at Myrtle.

Samira Rajan is the longest-serving employee of Brooklyn Coop and currently the Director of both the credit union and Grow Brooklyn. She started here as an Americorp*VISTA for a single year of service back when we were Bushwick Coop in 2001, got hooked by the challenge of building a community financial institution, and hasn’t left.

Brooklyn Cooperative’s routing number for ACH / EFT transactions*: 026084262 Note that this is not valid for wire transfers. For wire instructions, please contact us at 718-418-8232 x0 or info[at]brooklyn.coop. Members may also make a domestic wire transfer request by logging onto their online banking account and completing the wire transfer request form.